A Fortunate Passage: EXCERPT I 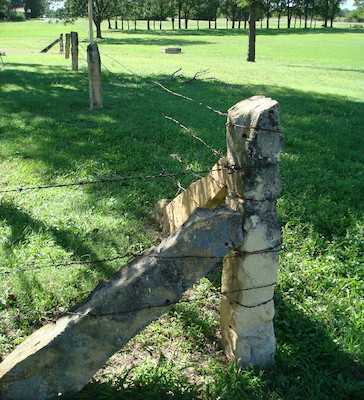 “Traveling through the wheat fields of central and western Kansas, one cannot help but notice the pillars of stone fence posts rimming the section lines of endless, open farm ground. These monuments of the past are slowly disappearing with time, but they were once a proud symbol of determined but plain beginnings.  These mute landmarks are reminders of an inheritance that is beyond value and purchase. This inheritance, passing silently from one generation to the next, remains intact within the family.  It is a Spartan self-reliance and a trust in God of which I speak. It is the story of my family coming to a new land–a story that began in the nineteenth century…”

“…Each written narrative, verbal story, photo, artifact, document, will, deed, etc., left behind is a part of the overall history of not only our family, but also the immediate society of that time. These artifacts reflect on the genuine nature and values of the family members and their society. This compilation of family information bequeaths the legacy handed down from this generation…”

“In 1870, the Czar of Russia decreed that special privileges granted to the German colonist farmers by Catherine II (aka Catherine the Great) in 1762 were no longer valid. Alarmed, many of the colonists decided to leave the country to look for new homes where they could be free and independent. This was their original intent when they settled in the colonies at the behest of Catherine’s grants in the late 1700s. At that time, delegates were sent to South America and North America to investigate the possibilities of colonization. As a result, many went both to Argentina and to western Kansas in the central United States. My great-grandfather, Adam Giesick, came to Kansas through the port of New York on December 25, 1886, on board the SS Aller, which departed from Bremen, Germany, earlier that December. He had to leave Russian soil before his twenty-first birthday or he would have been conscripted into military service in Russia (as described in a handwritten, photocopied letter passed on to me by my mother…”